Narrative Is a Powerful Way to Get a Message Across. 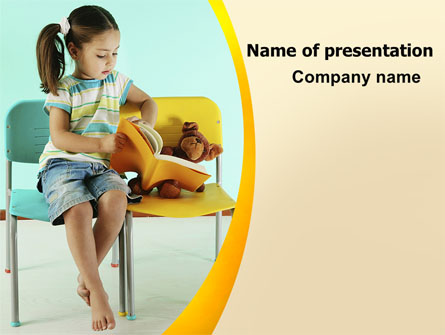 Paul Smith had 20 minutes to sell the CEO of Procter & Gamble, and his team of managers, on new market-research techniques for which Mr. Smith’s department wanted funding. As associate director of P&G’s PG +0.05% market research, Mr. Smith had spent three weeks assembling a concise pitch with more than 30 PowerPoint slides.

On the day of the meeting, CEO A.G. Lafley entered the room, greeted everybody and turned his back to the screen. He then stared intently at Mr. Smith throughout the entire presentation, not once turning to look at a slide.

“I felt like maybe I hadn’t done a very good job because he wasn’t looking at my slides like everyone else,” says Mr. Smith, who also noticed that the other managers didn’t seem very engaged. “It didn’t occur to me until later that he did that because he was more interested in what I had to say than in what my slides looked like.”

The experience prompted Mr. Smith to alter his approach. These days, he uses far fewer slides and a lot more anecdotes, turning his presentations into stories his audience can relate to instead of lecturing them on what needs changing. As a result, Mr. Smith says, he’s subsequently had much greater success getting his ideas across. In four subsequent presentations to Mr. Lafley and his team, they’ve followed along more closely, asked more questions and given better feedback, says Mr. Smith.

Even with digital and social-media tools, employees often struggle to convey ideas to each other, to managers and to customers. That’s why companies such as FedEx, Kimberly-Clark and Microsoft are teaching executives to tell relatable stories as a way to improve workplace communication.

It’s a tool that’s more useful than PowerPoint presentations, say career experts, who note that storytelling can also be used on a day-to-day basis to sell ideas to one person or a hundred. But being an effective storyteller requires preparation.

Move beyond facts and figures, which aren’t as memorable as narratives, says Cliff Atkinson, a communications consultant from Kensington, Calif., and author of “Beyond Bullet Points.”

Many people in business think raw data is persuasive. But when you’re dealing with people from other departments and in different fields who don’t understand how you got that data, you can lose them pretty quickly.

“You have to step back and put yourself into their shoes and take them through the process of understanding,” says Mr. Atkinson. “That requires you to distill the most important facts and wrap them in an engaging story.”

Find ways to connect with your audience on an emotional level, says Mr. Atkinson. Neuroscientists have discovered that most decisions—whether people realize it or not—are informed by emotional responses. Do some legwork to find significant events in your audience’s lives or your own that you can base your story on or use to reinforce your points, he says.

This can include dropping in anecdotes about taking care of a sick family member or a memorable customer story, says Mr. Smith, now a corporate trainer and author of “Lead With a Story: A Guide to Crafting Business Narratives That Captivate, Convince, and Inspire.”

Mr. Smith’s book mentions a story told by a single mother to P&G about the trade-offs that she made to support her children. Her experiences, more than anything else that year, convinced P&G executives to lower their price on shortening.

Mr. Atkinson suggests organizing your story into three acts and starting by establishing context. You want to let your audience know who the main characters are, what the background of the story is, and what you’d like to accomplish by telling it, he says. You might open, for example, by describing a department that’s consistently failed to meet sales goals.

Move on to how your main character—you or the company—fights to resolve the conflicts that create tension in the story, Mr. Atkinson says. Success may require the main character to make additional capital investments or take on new training. Provide real-world examples and detail that can anchor the narrative, he advises.

The ending should inspire a call to action, since you are allowing the audience to draw their own conclusions about your story versus just telling them what to do. Don’t be afraid to use your own failures in support of your main points, says Mr. Smith.

Whatever you do, don’t preface your story with an apology or ask permission to tell it. Be confident that your story has enough relevance to be told and just launch into it, says Mr. Smith. Confidence and authority, he says, help to sell the idea to your audience.